Woah, it's been a while. This time, my lack of blogging is actually because I'm been working on things! 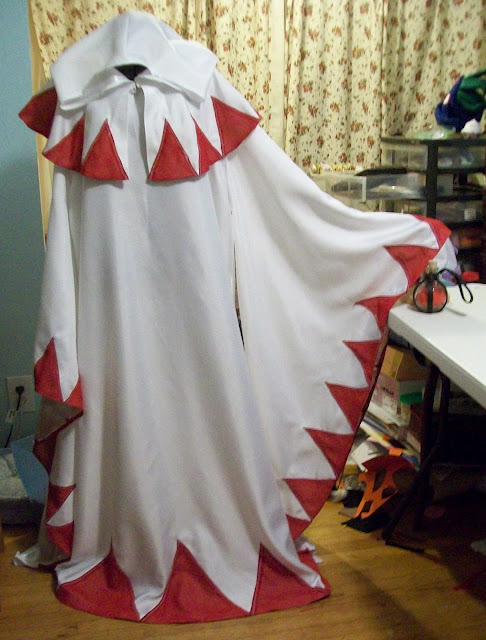 My White Mage robe is complete and will be worn to Fanime on Saturday for the Final Fantasy gathering. The design is a combination of a few White Mage designs, but was mainly based on Final Fantasy 1. It includes 58 triangles. 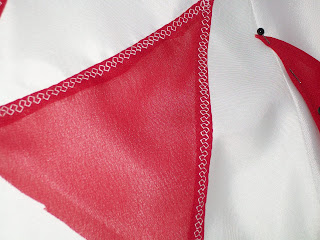 I used me sewing machine to make an intricate embroidered  pattern to sew down the triangles. It's a pre-set thing, I just press the pedal, the needle moves, and this comes out the other end. (This triangle is not finished, I folded the bottom under afterward.) 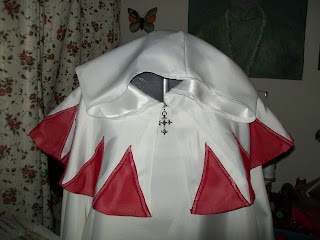 Here is a closer image of the White Mage hood, you can see the cross that I used as a pendant. The cross came with a shirt that I got at a thrift shop, and it will be returned to the shirt after Fanime. 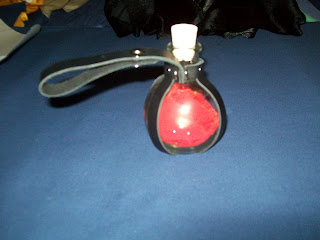 I used my fairy bottle as a potion bottle instead. I originally intended to have a (blue) ether/mana potion, but I couldn't find a good blue material to use, so instead I have a regular (health) potion. 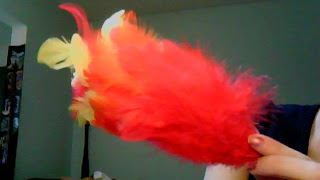 And finally, I have a Phoenix Down. This webcam picture really does it no justice at all. I bought a bag of yellow, orange, and red feathers at JoAnn's for a couple bucks and glued them onto craft foam and cardboard. It's more like a Phoenix Wing really, because of the weight, but it's very cute, and I like it a lot.


I've been doing some other things for Fanime too, including my Maid Yoko cosplay, and my boyfriend's Black Mage cosplay. I'm also staying up through the night to work on things and as a last-ditch attempt to fix my sleeping schedule before Fanime, but more details on that later.
at 6:12 AM
Email ThisBlogThis!Share to TwitterShare to FacebookShare to Pinterest