The following is a Simplicity pattern piece for a dress: 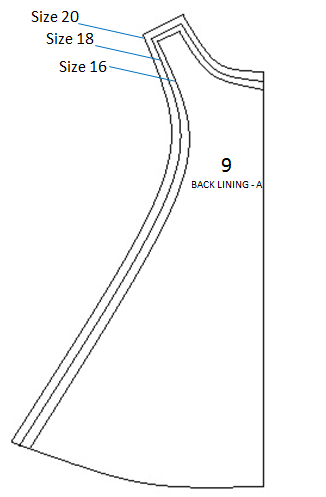 Each size that the piece comes in is written next to (usually inside of) the line that it corresponds to. The pattern also indicates its number (9), name (back lining), and what style of dress it's for (A). 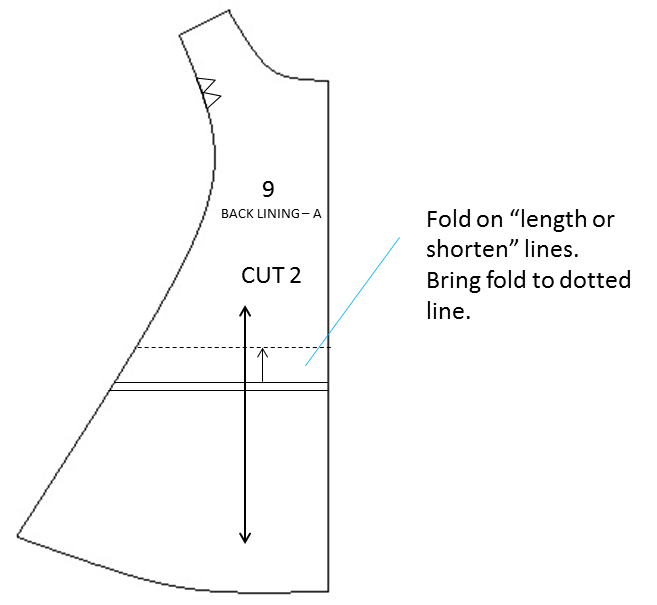 Looking closer, the pattern also indicates to cut two pieces, in this case, they should be two mirrored pieces. An easy way to cut two mirrored pieces is to fold your fabric in half and pin it together. That way you only have to cut once, but you'll end up with two pieces. There are also notches to cut out in the arm hole, a straight of grain line and lengthen/shorten lines. On this dress, to shorten it, you fold on either of the lengthen/shorten lines and bring the fold up toward the dotted line.

Here's an example of a Butterick skirt pattern: 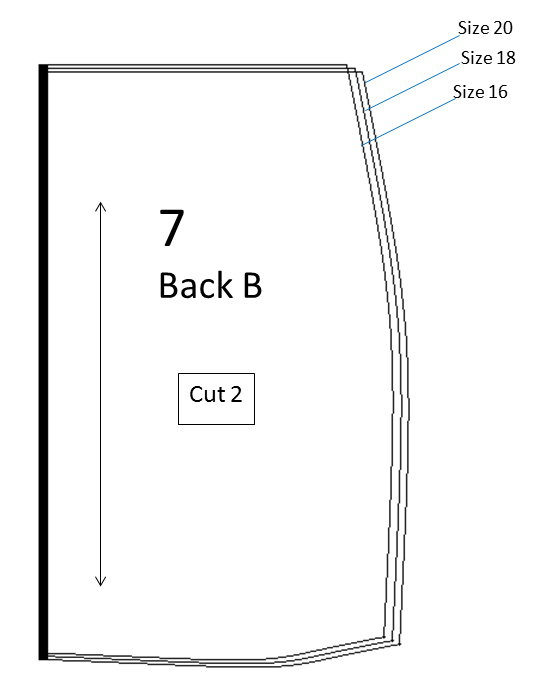 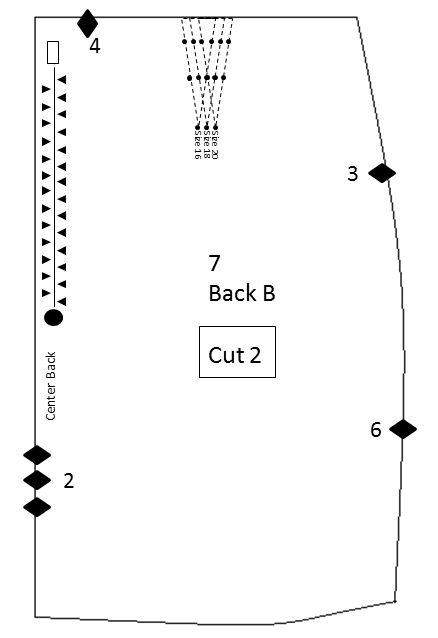 The closer look at this pattern is more complicated. It uses diamonds and numbers to indicate pieces that need to be lined up. There are doted lines to indicate darts at the top. You would mark and sew on the dotted lines that correspond to the size you're making. The center back is marked, which just indicates where the middle of the back of the finished garment will be. Above that, there's a strange line with triangles on either size. This represents a zipper. This is an uncommon symbol, but was described in the instruction booklet, and is a good example of why it's always good to give the instructions a quick glance.

Our next example was taken from a McCall's pants pattern, but was shortened because the bottom of the pattern had no symbols worth taking a look at (so pretend it's shorts): 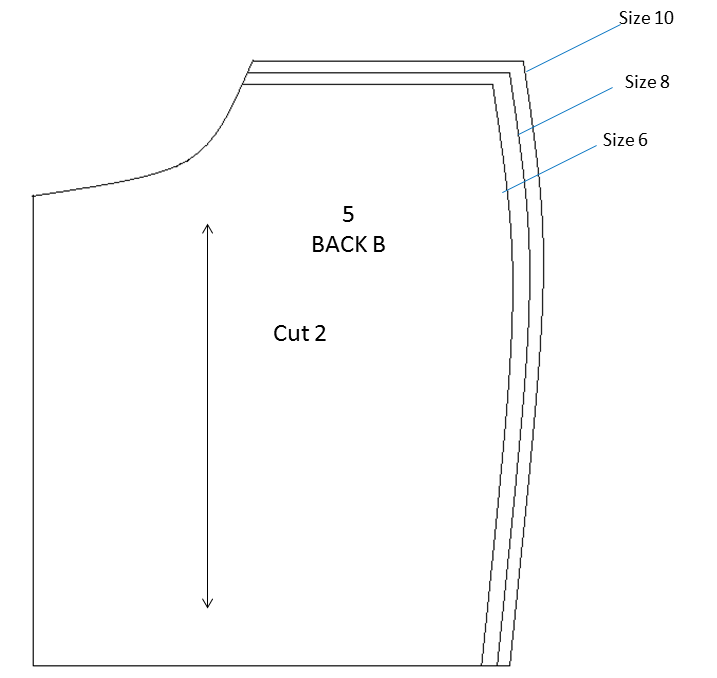 Once again, we see the sizes, number, name, style, cut 2, and straight of grain. 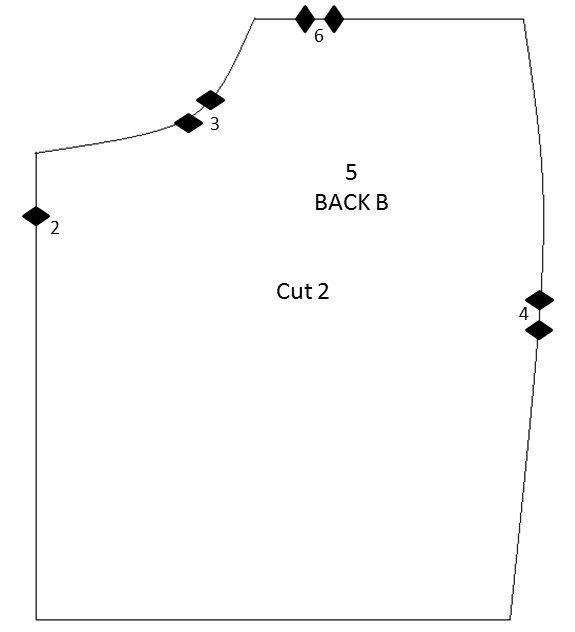 This pattern uses diamonds and numbers to indicate which pieces line up. For example, you would look for another pattern piece that had two diamonds with a 6 next to them, and after you cut it out, that piece would be sewn to the top of this one so that the diamonds would match up.

This is one of the most complicated patterns I've ever used, so I thought it would be a good idea to include it here. It's a Burda brand sweater pattern: 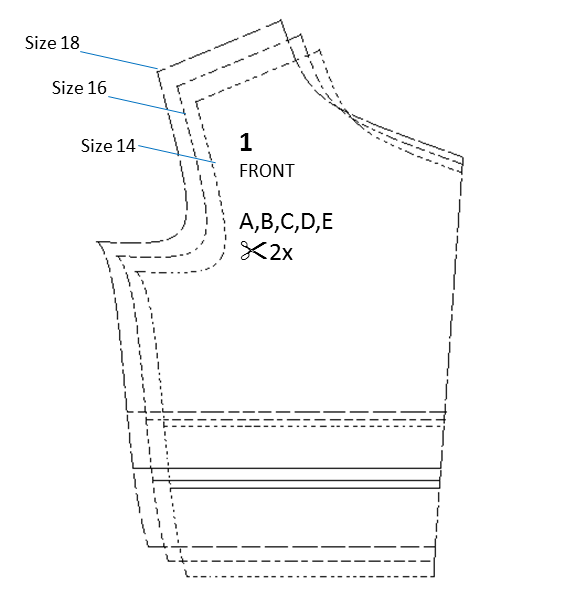 This pattern uses dotted lines as the cutting lines to differentiate between sizes and patterns. Before we get into that though, let's look at the usual: it indicates size, number, name, style, and to cut 2. Now onto the slightly more confusing part: 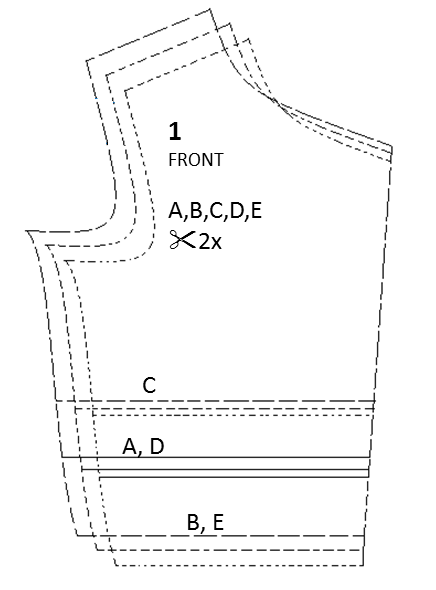 The multiple dotted lines across the middle and bottom indicate which lines to cut on for different styles of sweater. The bottom lines are for sweater styles B and E, above that is for styles A and D, and finally the topmost ones are for style C. 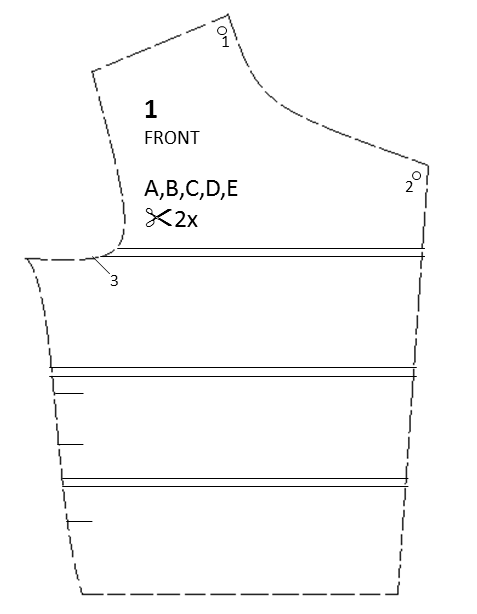 Once you've figured out where to cut, it gets a little simpler, but still weirder than other patterns I've worked with. You can see three sets of lengthen/shorten lines. In addition, this pattern uses both circles and lines to show where to line pieces up. There are circles in the corners, with the numbers 1 and 2, so you would find other pieces with circles labeled 1 and 2 to line up there. Also on the left, there are short lines, one of which is labeled with a 3. To line this piece up, you'd look for another pattern piece that had the same lines and a 3.

That's about all I can think to write about patterns. Hopefully this, in combination with Parts 1 and 2, will help a few people understand sewing patterns a bit more! As mentioned in Part 1, this tutorial was based on a panel that I gave at Fanime 2014. I'd love to give the panel again, as well as keep this guide as complete and up-to-date as possible, so please feel free to ask any questions you have and give me feedback!