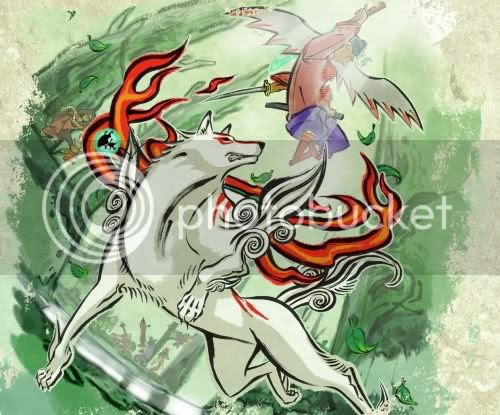 I always forget how time-consuming Ammy was. I like to think it's similar to the fact that women have hormones that make them forget how horrible their pregnancy was after they had the baby. After I stop working on Ammy and wear her to a convention, I completely forget exactly how much time, money, and effort she took.

I spent three or so hours on Amaterasu's shoulder wings today, and I only covered one wing with fur, plus a couple of minor things. Although I do want to say again how thankful I am for this blog, both to my starting it and to my readers. If it weren't for my strange yet extremely strong desire to post something, I probably wouldn't work on my costumes until a week or so before their debut. Then today's setback with Ammy's wings would've been a big deal. It turns out that the wings are too heavy and need more than just the one arm band I have to hold them up. So I figured out how to fashion new arm bands that will be attached to the wings in addition to the ones I already have. The new bands won't be as visible though, so the overall look will stay the same.

In addition to all of that, I finally got fed up with waiting to buy a headband to put Chi's ears on, so I improvised. I used elastic, the same kind I used on the back of my mask, and made essentially a headband. I'm not thrilled with it, but it works very well and actually gives the ears a better shape, I think. I may tweak them a bit more, but if for some reason I run out of time or something, they're definitely usable. I also attempted to give them a metallic shine by painting them with an opaque silver paint. However, that may have only made them look dirty. I'll see when they look like tomorrow and go from there. If all else fails, I'll just paint over them with white paint and seal them. The sealant should give enough of a shine.
at 2:52 AM
Email ThisBlogThis!Share to TwitterShare to FacebookShare to Pinterest