"Heroes of Cosplay": My Response

Disclaimer: A lot of people are going to disagree with my opinion, and that's fine. Read this with an open mind if you can.

"Heroes of Cosplay" is a reality show on the SyFy network, and before it even premiered, it garnered a lot of hate from the cosplay community and mainstream media alike. The first article that circulated through the cosplay community was this article from the New York Post, which made cosplayers out to be costumed freaks living in a fantasy land who can't distinguish the line between fantasy and reality. (Let's face it though, as cosplayers/nerds in general, we've all known that one person...) Even SyFy's own episode description is definitely making fun of the people on the show. After a few previews and trailers were released, cosplayers immediately turned against "Heroes", claiming it was an inaccurate portrayal of the cosplay community, too focused on competitions and drama. And it's true, the first episode was very competition-heavy, and did not showcase very much of the craftsmanship.

It took me a few days after the series premier to catch up (I don't have cable), and in the mean time, I tried to avoid taking other people's opinions on it to heart, waiting to pass judgement myself, but it was impossible. Nearly every social media was flooded with opinions on the show from cosplayers. I took it all with a grain of salt, still waiting to for my own opinion, but the time between reading everyone's opinions and watching the show myself gave me the opportunity to mull everything over.

The most valid complaint is SyFy's editing and the blatant, scripted lies, both of which I can't disagree with. This tumblr post sums all of it up nicely, but since I don't have links or screen caps to back it up, I'm not going to bother re-posting everything here. There's no arguing against the audience being lied to, but that's reality TV. It's not excusable, but it's pretty predictable.

Next is the scripting. It's not even so much that the show is scripted, it's the fact that the scripting is bad. Scripted lines are thrown into regular conversations and sound really out of place. Here's my take though, the ideas behind the scripted lines aren't completely out of left-field, they sound like poorly-worded thoughts that sit in the back of many cosplayers' heads when they work on something. Case-in-point, Jessica and Holly's discussion about whether or not to show cleavage. For a lot of girls, that is a question they have to face when creating an original character. Some girls will make the decision immediately and without much thought at all, and other girls will wrestle with it for a while longer, but it's a question that comes up occasionally.

Cosplayers also complained about the gender ratio, eight women to one man, male cosplayers aren't being fairly represented in the show. However, I don't think that it's that far off. While there are definitely more men than women at most "nerd culture" conventions, there are far more female cosplayers than there are male cosplayers. Maybe it's the attention-heavy aspect of it that draws more women than men, or maybe it's the still-prevalent stereotype that men can't sew that's keeping them away, but whatever the reason, there are far more women in the cosplay hobby. That said, one guy and eight girls is still a ridiculous gender ratio, the show really could have done with one more guy to properly represent the ratio. As a side-note, anyone claiming that the guy is the only "true" cosplayer (I've seen this) because he isn't an "attention-whore" is full of nonsense because he said himself that he's doing it to get his name out there, the exact same thing that every single one of the girls on the show said.

Finally, the loudest complaint (and the one I find the least valid), is that the show focuses too much on behind-the-scenes drama and trash-talking. Before even watching "Heroes of Cosplay", I was prepared for the worst. I imagined comments like, "Eww her hair/wig/dress/material is the wrong color, why did she even try?" or "Look at that fat cow, she should kill herself." (You know, typical internet comments.) I was surprised when I was very, very wrong. Yes, some of the cosplays said less-than-favorable things behind the others' backs, but really, it wasn't that bad, it was more of, "Typical, she's not finished. She does this every time." or "She shouldn't be out drinking when she has things to do, but I'm not her mother, I'm not going to keep track of her."

Regardless of what was actually said though, it's not an inaccurate representation at all. The cosplay community as a whole is catty, especially since the internet social media became easier for more people to access. All of the "drama" (if you can call it that, more like "baby's first meltdown") consisted of things that I've seen, heard, or even said or done, and I don't consider myself to be some niche part of the cosplay community, I consider myself an average cosplayer. I have almost no internet presence or fame, and I don't go out of my way to make drama. In fact, I do my best to stay out of it, but it's impossible to avoid entirely. The weekend before "Heroes of Cosplay" aired, I was at a small convention, and I heard worse things said behind people's backs than anything that was said on the show.

That said, yes, cosplayers completely have every right to be upset at the show for portraying their hobby as drama-filled and competition-heavy, because nobody wants to be seen like that. But I think the real reason that cosplayers are upset about it isn't because it's "inaccurate", but because we don't like our dirty laundry being aired. We don't like seeing ourselves in mainstream media getting stressed-out and insane about costuming and our fantasy world, even if it is true. The worst of the drama-starters and the trash-talkers don't like seeing what they look like to everyone else, and we all know they're the ones who are the first to voice their opinion, especially when they don't like something.

Overall, whether or not I like the show enough to keep up with it, it's unfortunately a pretty accurate representation of the loudest side of cosplay. Those of us who keep to ourselves are quiet and swept under the rug, and those who involve themselves in drama are the loudest and most talked about/seen. The same can be said about any community. The cosplay community is definitely going to take a harsh reputation hit from "Heroes of Cosplay". We're going to get an onslaught of news articles making fun of us and new people trying to cosplay for fame and bringing drama. As a whole though, I think the community will be okay, if not better than before. Now, instead of squabbling with each-other, everyone's turned against SyFy and even some of the cosplayers on the show that are "representing us unfairly". Instead of looking for drama within our communities, we have a weekly fix of televised drama that's relevant to our interests. The established community is already growing tighter, which may discourage newbies who are genuinely interested, so let's try not to do that, but overall we can be stronger. (And nicer to each-other, maybe?)
at 9:42 PM 1 comment: Links to this post
Email ThisBlogThis!Share to TwitterShare to FacebookShare to Pinterest

So I got the wig in for my secret cosplay, and it's beautiful and totally perfect!
On the not-so-secret side of things, I'm also cosplaying an Animal Crossing Villager and the female WiiFit Trainer. Villager has been on my to-do list for a long, long time, and with the male villager being in the next Super Smash Bros., now seems like an excellent time to get started!
I'm definitely jumping on the Smash Bros. bandwagon with WiiFit Trainer, haha. I've had a WiiFit since the year it came out, and I used to play it a LOT, but I had no desire to cosplay from it until Trainer was introduced to Smash Bros. however, I figured it'd be a fun, comfortable cosplay and I definitely plan to go around making Nintendo characters do yoga, so there's that. 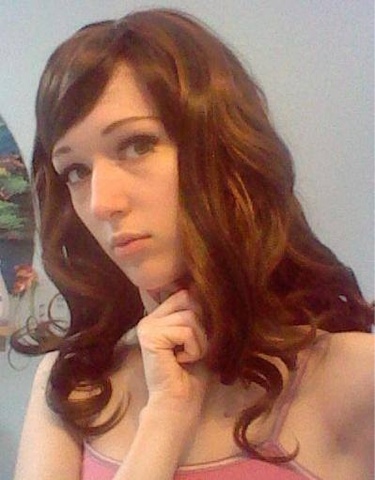 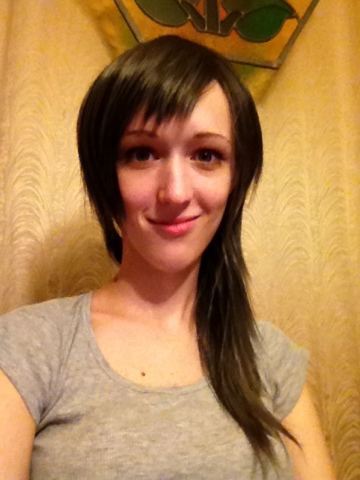 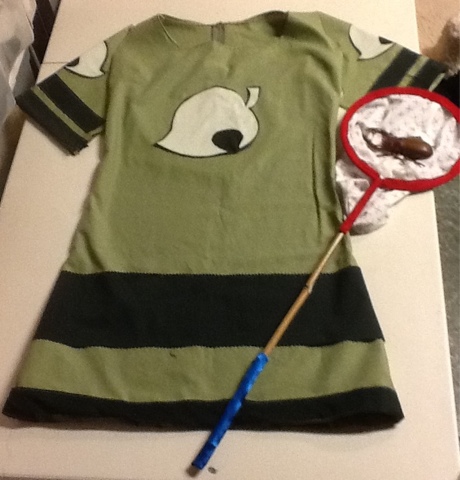 Animal Crossing stuff (in-progress)
at 12:10 AM No comments: Links to this post
Email ThisBlogThis!Share to TwitterShare to FacebookShare to Pinterest
Newer Posts Older Posts Home
Subscribe to: Posts (Atom)