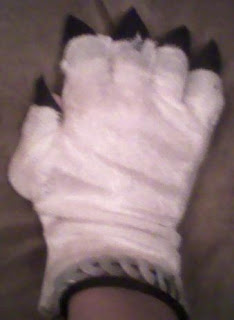 I made one of my gloves for Amaterasu. For my first glove, it's really not bad at all. I mean, it's a little snug and a couple of parts fit funny, but overall, I'm really, really proud of it. Hopefully the second one will turn out better. Then when I have nothing else to do, I can re-make the first one.

I somewhat stole the idea for these from a jacket I saw in Hot Topic once. On the sleeves of the jacket, there was a hole for your thumb and claws on the edges. I just upgraded the idea to a glove. Basically, they're fingerless gloves with claws coming out of the finger holes. When I tuck my fingers in (as pictured left), my hands look like dog feet. There is black fabric for pawpads on the font of the glove to complete the "foot" look. Now I must come up with more poses so that I can show these off properly.

I also (finally) bought new white tights today. They're for my Ammy and Cat Girl, since my other ones were too small, which made them super tight and appear almost flesh-toned (in person, anyway, they were fine on-camera). Now most of the stuff I have left to buy is stuff for my boyfriend's cosplays. In face, other than ordering my contacts and picking up my wig for Chi, I'm almost finished with all of my cosplays! 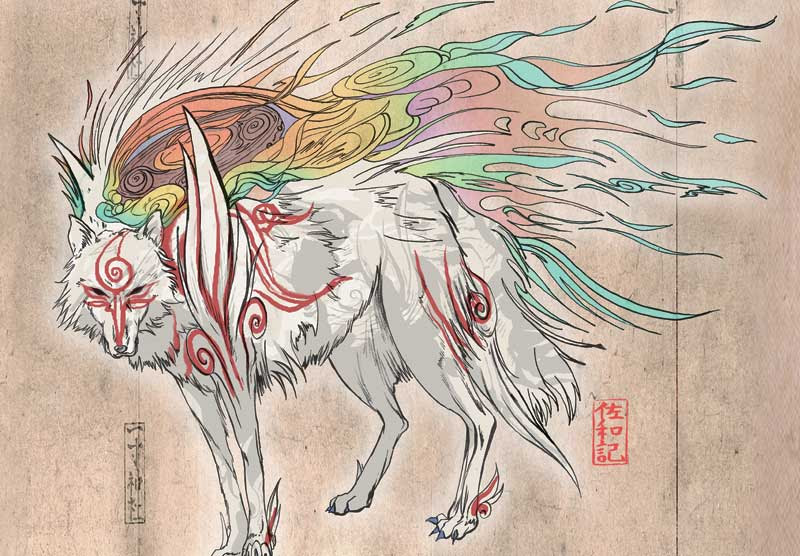 This hasn't happened since I started cosplaying o.o; What will I DO with myself without cosplays to work on!? Oh, I know. I'll come up with something else to cosplay.

Actually I've already chosen when I'm doing next. A friend of mine keeps encouraging me to cosplay something "totally badass." But I personally am not the "badass" type, so I never really took it seriously. But I've pretty much decided that Halloweentown Sora (Kingdom Hearts I & II) is pretty damn badass, so there we go! My first crossplay in a while. I won't go too much into it though, I think he deserves his own post.
at 1:13 AM
Email ThisBlogThis!Share to TwitterShare to FacebookShare to Pinterest